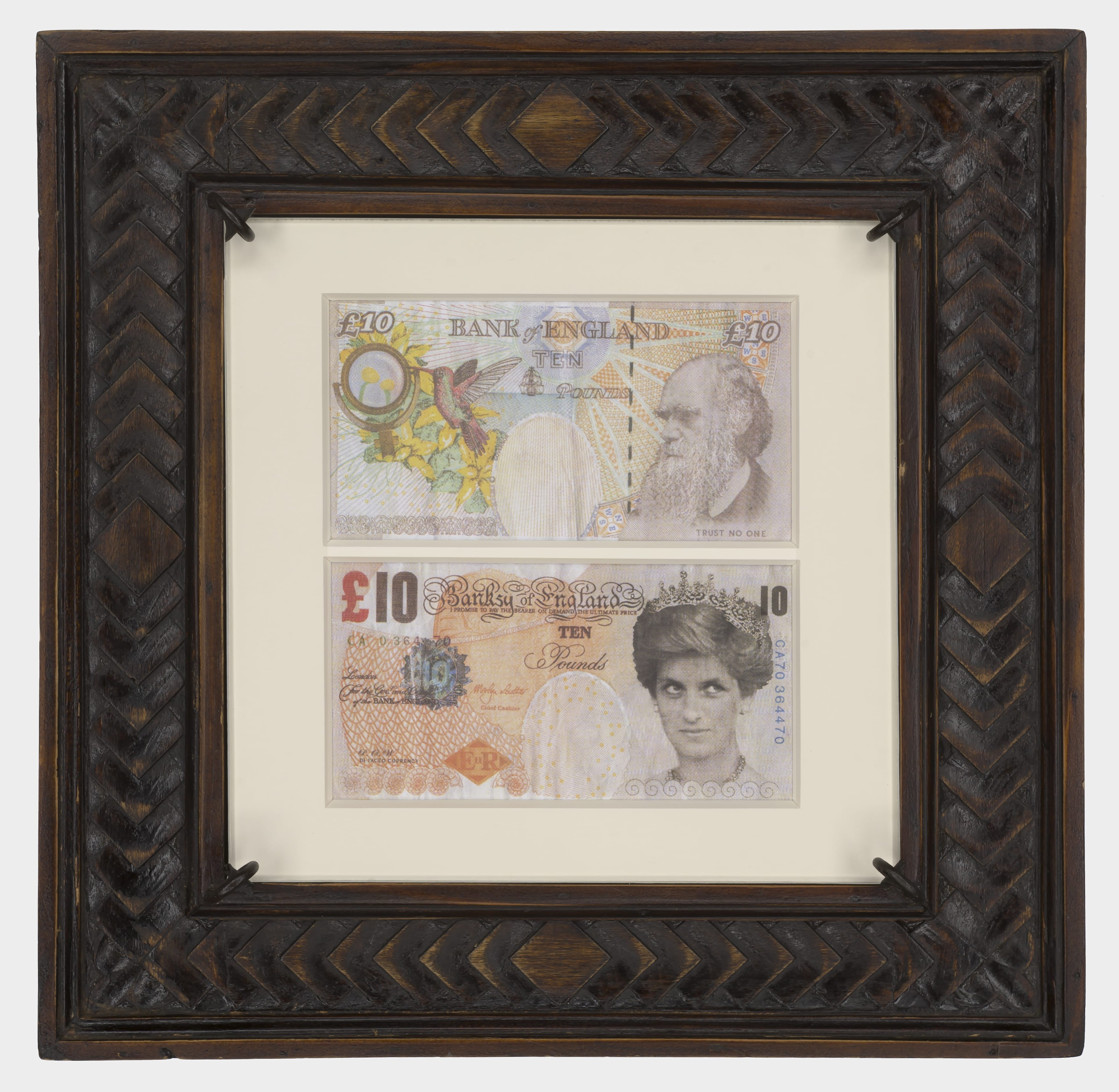 Framing a work by Banksy, the artist, anarchist, environmentalist, and prankster, who describes himself as a “quality vandal,” is always an intriguing philosophical challenge for Lowy.  After all, Banksy’s most famous (or infamous) frame, the one surrounding “Girl with a Balloon/Love is in the Bin,” contained a hidden shredder that destroyed the art as it was in the process of being sold at auction.  Heads turned and headlines were made, because this wasn’t just art, it was outrageous, conceptual art.

A Banksy frame can’t just sit there quietly, defining borders.  It has to be part of the artist’s big idea, and this was our goal in framing “Di-Faced Tenner,” Banksy’s subversive re-imagining of a classic Bank of England £10 note.  In real life, the bank note presents a serene portrait of Her Majesty, Queen Elizabeth II, an image as familiar as George Washington on our dollar bill, or Alexander Hamilton on our ten.

In his version, Banksy replaces the Queen with a portrait of the late Princess Diana, which is why it’s titled “Di-Faced,” a pun on defaced.  And he doesn’t stop there. To punctuate his impertinent take on British currency, the bank note is labeled “Banksy of England” and says, “I PROMISE TO PAY THE BEAREE ON DEMAND THE ULTIMATE PRICE,” instead of the classic I PROMISE TO PAY THE BEARER ON DEMAND THE SUM OF.”

Game on. Happy to engage in a battle of wits with the master, we came up with a playful framing solution.  Why not confuse the viewer even more by placing this anti-establishment piece in to an “established” 19thc Northern European carved wooden frame with chevrons?  We selected a stately antique frame that would be perfectly at home on the walls of Buckingham Palace, where this cheeky piece would never hang.

“I always appreciate a good pun,” says Lowy President Larry Shar, “and I think the marriage of a polite, old world frame to an irreverent Banksy is the perfect finishing touch, an idea worthy of the great prankster himself.  As it says on the back of Banksy’s “Di-Faced Tenner,” “Trust No One!’” 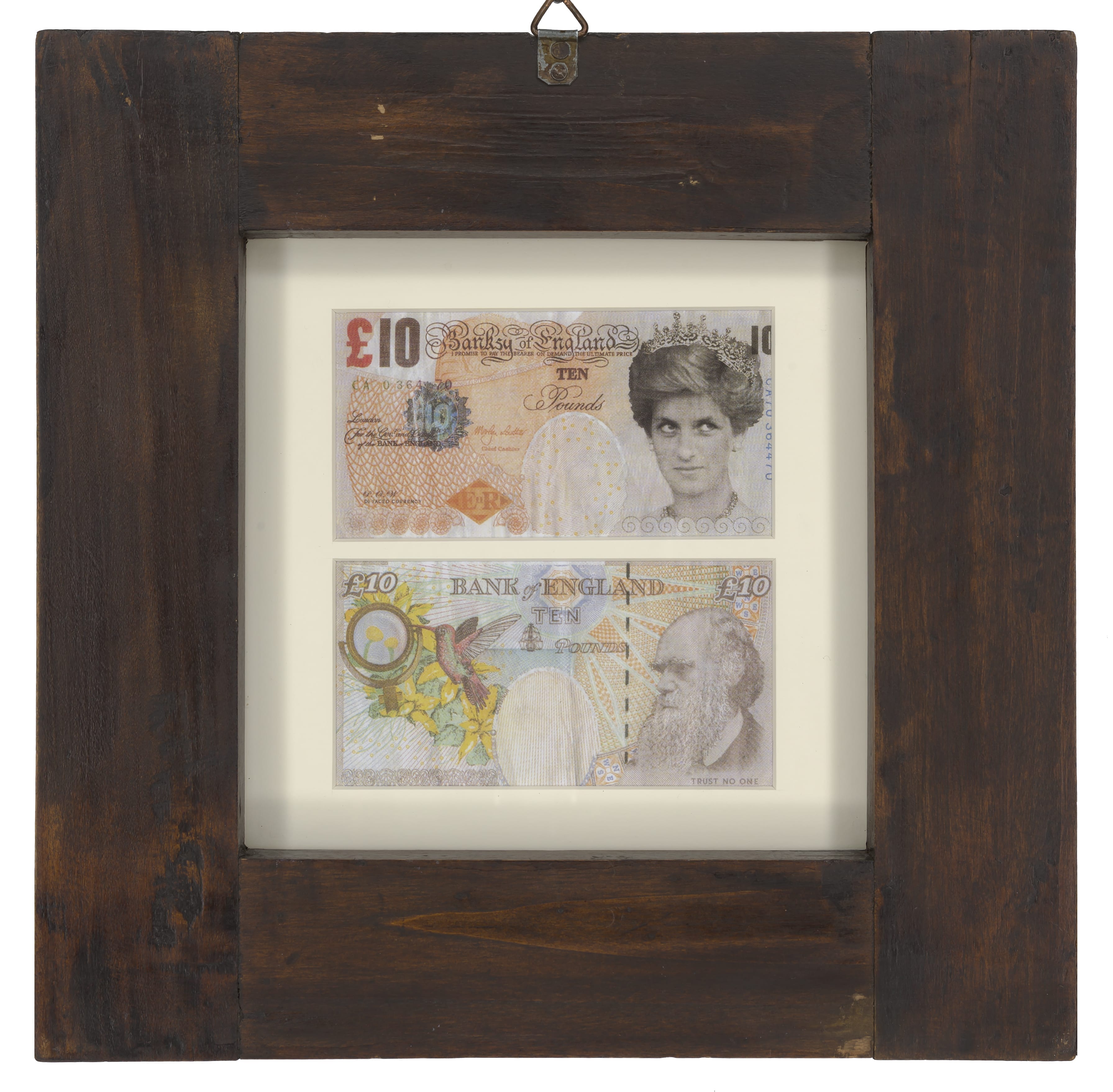 The framed verso of the two Tenners in their new Lowy frame. 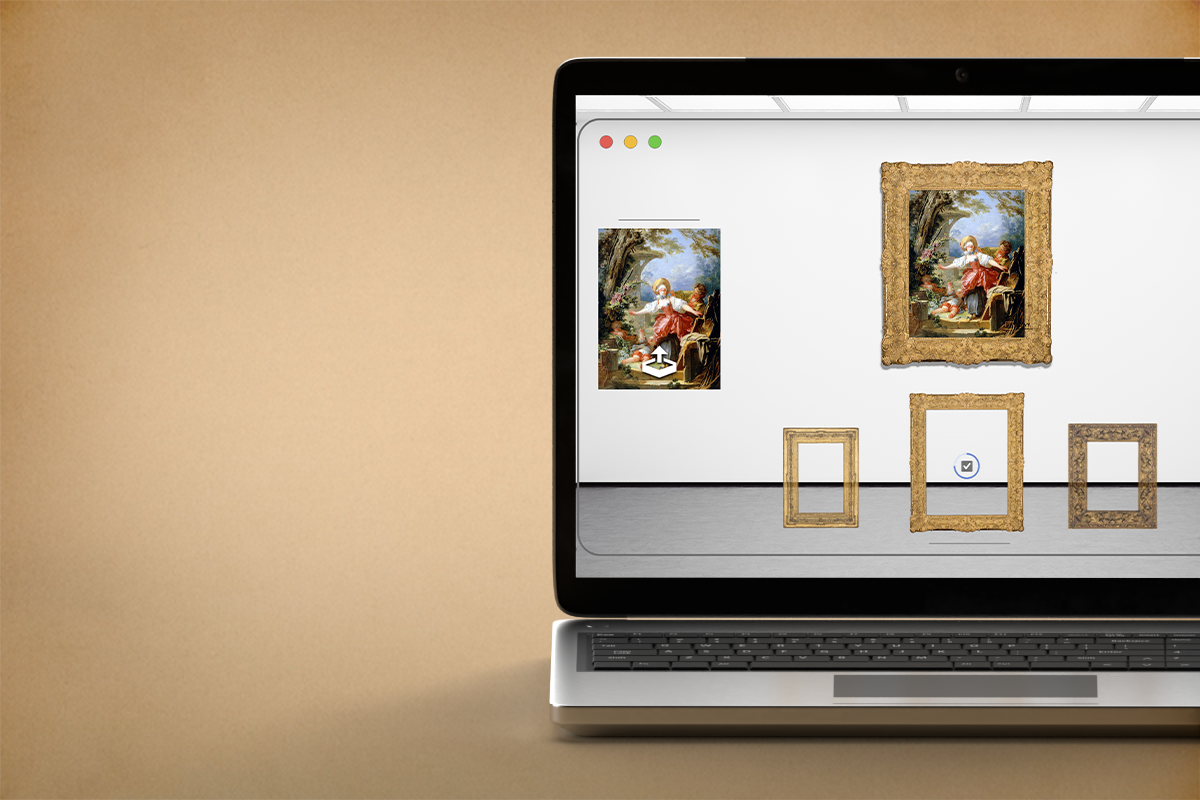